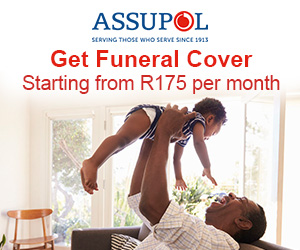 A policy from Vodacom is as easy as buying airtime, and in deed that’s one of the ways in which you could make your monthly premium payments. The whole idea behind this is to make your life simpler, and cuts out any brokers and broker fees that you would otherwise have to pay.

Your family matters incredibly and insuring them with your funeral policy from Vodacom is one way to ensure that your loved ones receive decent and appropriate burials should they die either while you are still alive, or after you have passed away.

Vodacom family funeral cover is an insurance plan that helps you and your family with the financial burden of someone passing away.

Starting from as little as R99 per month, this is one of the most affordable funeral plans for extended family members.

Up to 22 members of your family can be covered under your one policy.

Get the Most Affordable Funeral Cover by Comparing Quotes Below

Funeral Cover for Your Immediate Family

The family funeral plan can cover your husband or wife or living partner. Furthermore, your children can be covered in the policy and can be made beneficiaries, like anyone else, should you pass away.

Your family may include other members as well. You can cover your siblings and their children, or siblings in-law and their children. Equally important is the recognition of your nieces and nephews who are obviously not your children by birth, but may have all their financial and parental dependence on you. Ensuring they are covered in this policy will allow them all the benefits of your other children as well.